My favorite author Claire Kingsley has a new release this week! Luckily, I was able to receive an ARC of this second chance novel and I highly suggest it. I could not put this book down and read it all in one day instead of studying for my midterms or cleaning around the house like I should have. I had to know what was going to happen to Zoe and Roland.

Kingsley has a very interactive group on Facebook called Alpha Ever After and she has another group within for spoilers if you’re interested in sharing after giving the novel a read. I’m a proud member of both and cannot wait for the next release. 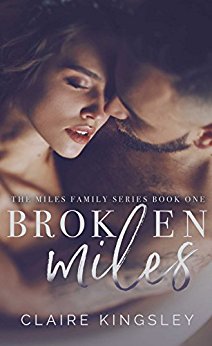 Roland Miles is busy and tired. Too tired to deal with the crap going on with his family, especially his dad. There’s always something and he’s done with it. He’s moved away from that life, losing his wife in the process. Going back home brings too many memories to the surface. Memories of Zoe and a time when they were happy before she left in the middle of the night four years ago, asking for a divorce. If only he didn’t have to take time off work to rush home and handle his family. Maybe then he wouldn’t realize everything he’s been missing for the last few years.

Honestly, I loved the whole thing, but every novel comes with its moments so I’ll still mention something I didn’t 100% love.

Have you read Claire Kingsley before? Let me know in the comments!

Want to know more about the novel or CK in general? Check out those Facebook groups mentioned at the top of the post. There are daily pictures of shirtless hotties in the Alpha Ever After group. It’s great.