I cannot believe I waited so long to read this novel. I had thought her previous release was the final installment in her series, but I was totally wrong! I wasn’t expecting this story, and I loved reading this antihero’s story! Stella Rhys has done such an amazing job of combining kinky moments with an emotional story. 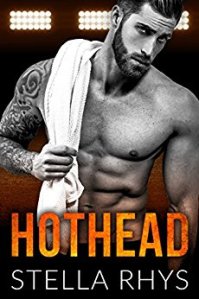 Evie’s just been dumped by her long-term boyfriend. They’ve been friends since she was a child and they’ve been dating since she was a teenager. He’s been her entire life for as long as she’s known, and now he’s gone, leaving her a weeping, desperate mess. She runs into Drew at a party, and he’s such a cocky jerk. Sure, he’s all hot and famous, but he’s still a jerk, especially with his arrogant confidence. But that somehow isn’t enough to keep Evie away, especially when he makes an offer she can’t refuse.

I would definitely recommend this novel! It can be read on its own, but the other novels are great too. I’ve been falling more and more in love with Stella Rhys since Sweet Spot was release.

Until next time! Enjoy your weekend 🙂